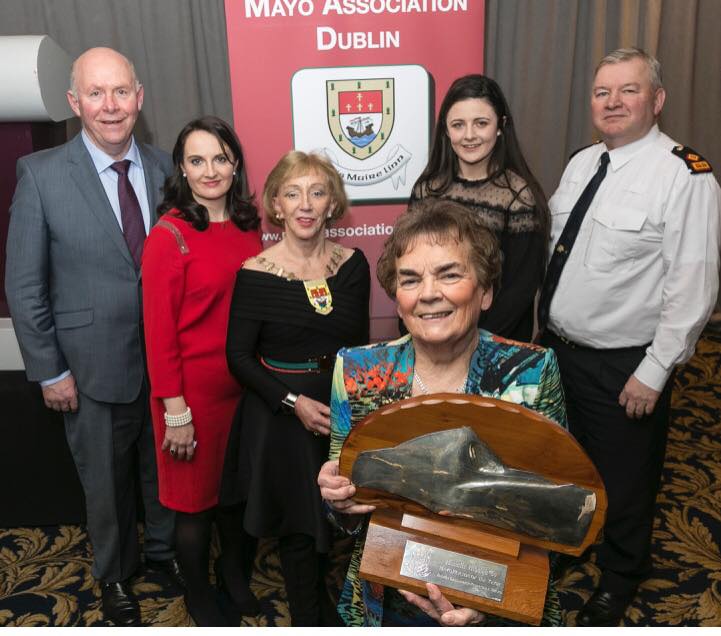 MAYO PERSON OF THE YEAR

Islandeady native Sr Maureen Lally – the ‘Virginia Gallagher Mayo Person of the Year 2018’ – has “contributed much to her native county through her quiet influence, relentless positivity and loyalty”, according to an independent panel of adjudicators. 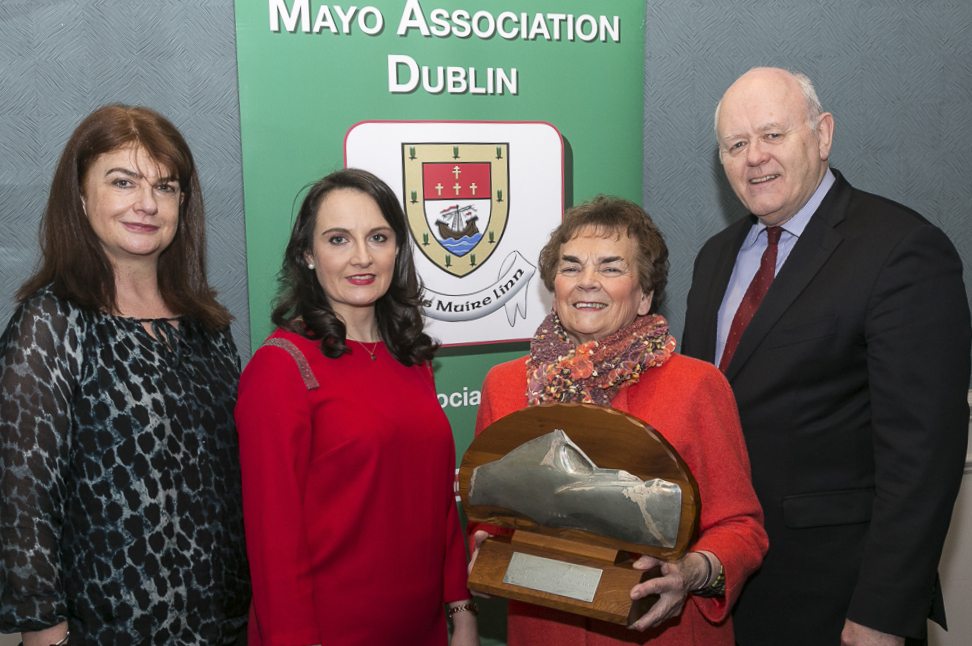 The judges’ citation stated: “She pioneered the Tóchar Valley Rural Community Network (TVRCN) which brought together 18 communities from Balla to Murrisk, and helped to stem the predicted decline of agriculture and rural life in the area.”

TVRCN remains a voluntary grassroots rural community network, committed to the empowerment of rural people in the development of sustainable rural communities. Sr Maureen humbly stated that “the work has been the spark that lights the ﬁre, but not necessarily the ﬁre itself, that community members themselves fuel the ﬁre”.

The TVRCN runs an alcohol and substance misuse programme, heritage trails, international youth exchanges and has led to significant job creation in the area. TVRCN has strengthened the people’s conﬁdence and belief in themselves.

The communities have learnt several ways of advancing their community development efforts and achieving their own vision for the future. They have also acquired the skills and knowhow of envisioning and following through with community goals.

Sr Maureen also spearheaded the three-day Summer Solstice Walking Festival along the Croagh Patrick Trail beginning in Balla meandering through the unspoilt landscape and rich heritage of central Mayo. She has been instrumental in bringing the Community Futures programme to Mayo, a proactive process where all community members have a voice in decision-making and planned development. 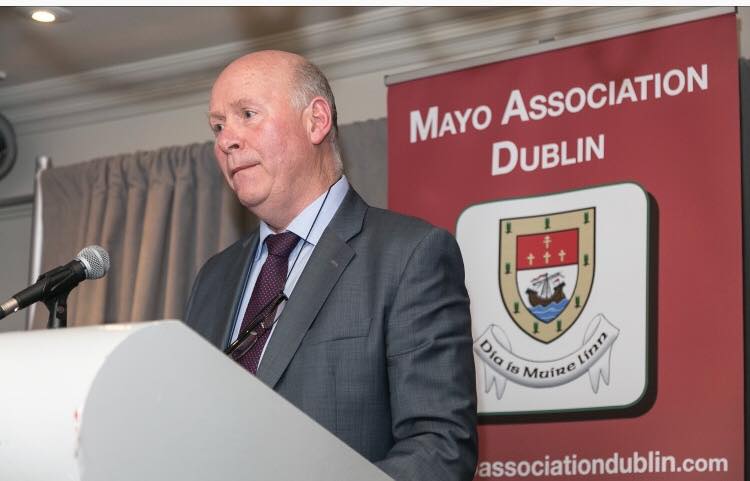 The concept of the ‘Meitheal’ has its roots in the community coming together at harvest time and the application of co-operation to social need. In times of tragedy too, the Meitheal has brought out the best in people and reflected their better natures.

The CFID community group epitomise the truest definition of the word ‘Meitheal’. Over 100 community volunteers, homeowners, fishermen and farmers, local businesses, sporting and community bodies came together with the Coast Guard, the Gardai, Civil Defence, the RNLI, Mayo County Council, Navy Divers, Aer Accident Investigation Unit, Mayo, Galway and Donegal Dive Teams, the Sweeney family of Blacksod Lighthouse, Mayo Mountain Rescue, and many other agencies came together to work as a ‘Meitheal’ for the benefit of the families and searchers for the crew of R116.

On Day 42 of the huge search, the efforts at Halla Naomh Bhrendáin, on the land and the sea were brought to an end and still gave no closure to the bereaved families.

YOUNG MAYO PERSON OF THE YEAR

Michaela Walsh from Swinford is our ‘2018 Young Mayo Person of the Year’. At 18 years of age Michaela is the flag-bearer for Ireland’s 4,000 year history with the hammer throw. She has set a number of new Irish records for her age group and has been recognised locally, nationally and internationally culminating in her winning a bronze medal in the hammer at the European Junior (Under 20) Championships in Grosseto, Italy in 2017. 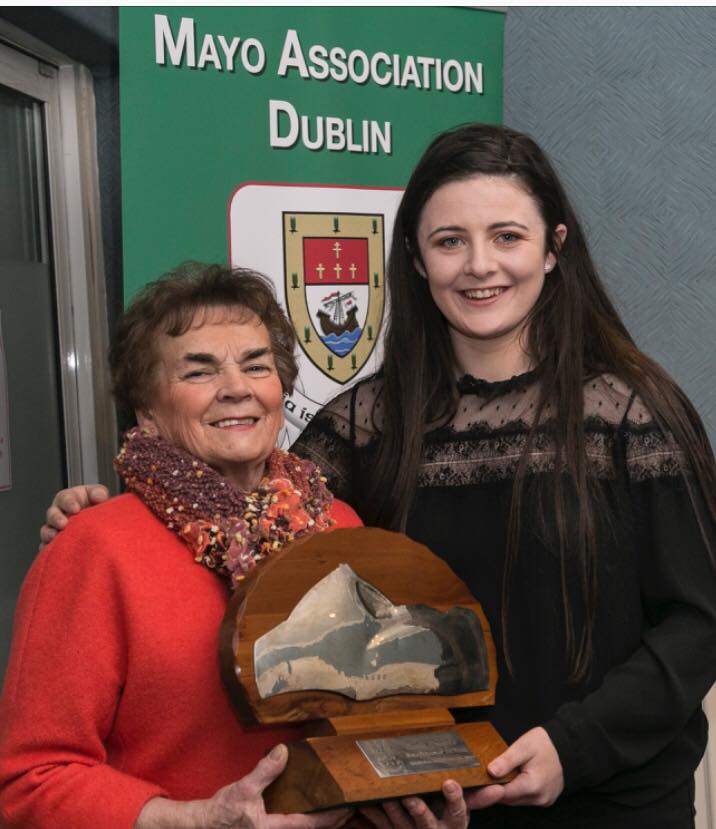 Michaela’s bronze is also the first-ever Irish medal in the hammer event at European Championship level. Michaela is currently ranked 2nd on the Irish all-time list for the women’s hammer and 4th in the shot put.

The Mayo Annual Awards 2018 will be hosted by MWR’s news and sports broadcaster Angelina Nugent, while Ballina band Flat Out will take to the stage to provide music on the night.

Our Black Tie Awards Gala will incorporate a Prosecco reception with a Gin Bar sponsored by Connacht Distillery, followed by a three-course meal.

Click here to purchase your tickets for The Yew Tree Ball.