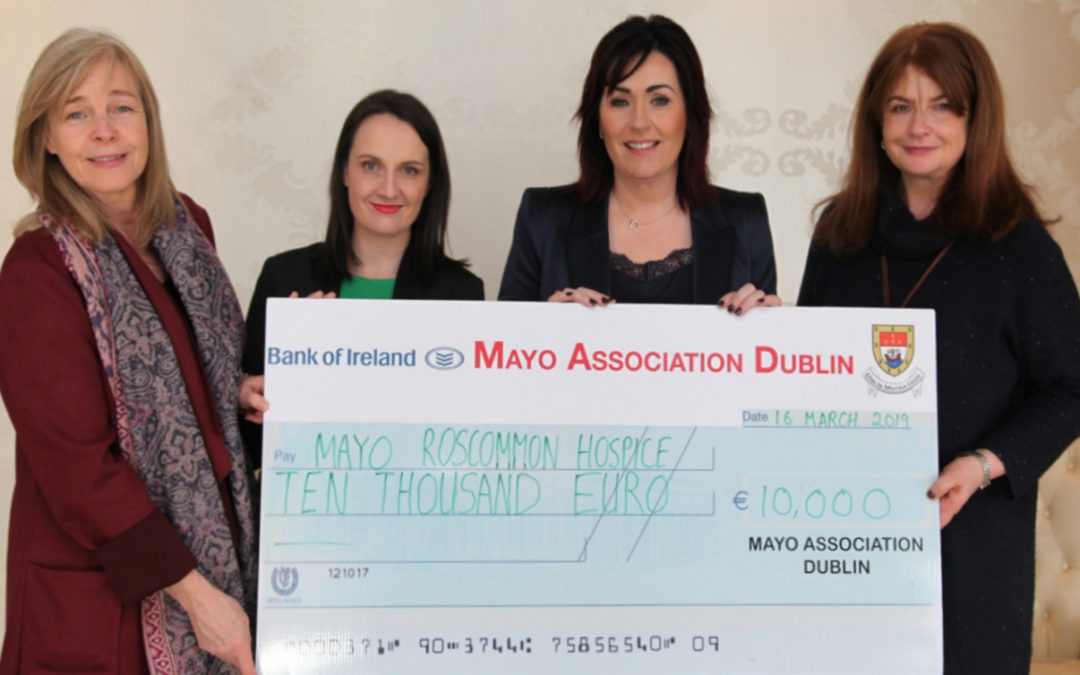 Mayo Association Dublin was delighted to recently present a cheque for €10,000 to Martina Jennings, CEO of Mayo Roscommon Hospice Foundation – our charity partner for The Yew Tree Ball 2019.

Having raised over €8,500 from our Bumper Raffle at the Ball on Saturday 9 February at Dublin’s Ballsbridge Hotel, we added to the proceeds received and presented Martina Jennings with a cheque for €10,000 on Saturday 16 March in Castlebar. The first state-of-the-art palliative care unit in the West of Ireland will open there to the public in late June, with a second similar unit due to open in Roscommon in early 2021. 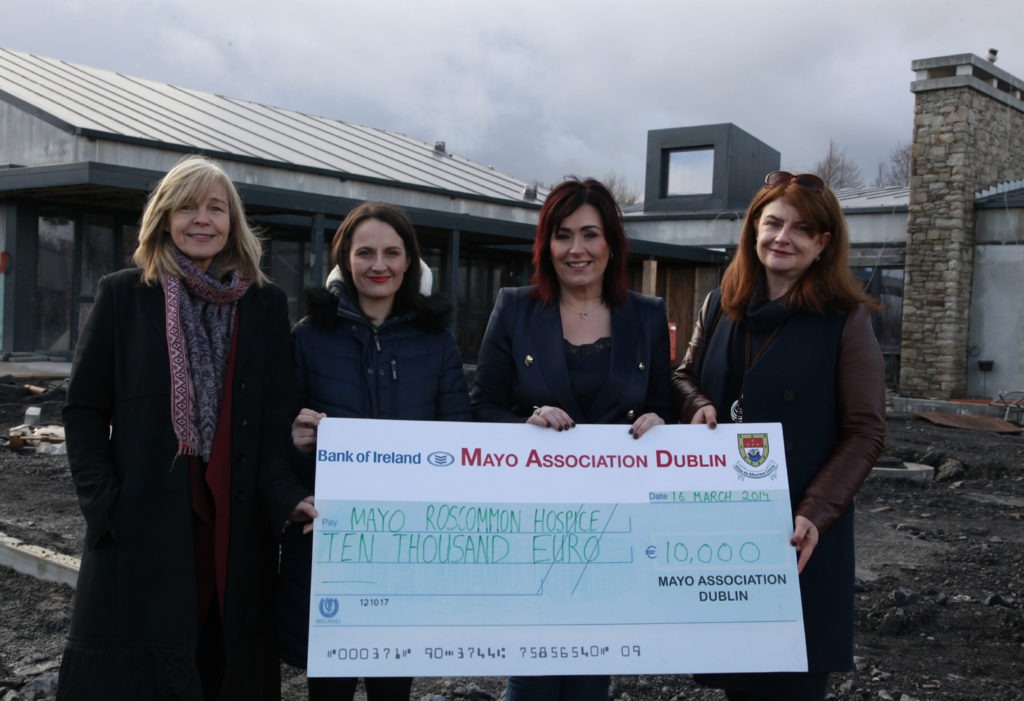 Martina Jennings said they’re “delighted the dream is now becoming a reality”, adding that as soon as the Castlebar Hospice Unit is complete, building work will start on the Specialist Palliative Care Hospice in Roscommon (beside Roscommon County Hospital).

“Again this project will be built solely from fund-raised revenue and is due to come in at cost of €6 million. These units are an absolute necessity for the people of Mayo and Roscommon and the sad reality is that if our Foundation does not commit to building these state-of-the-art units, it simply would not happen,” Martina added.

This video showcases the 14-bed hospice unit for Castlebar, due to open its doors in late June. Work is due to start on the eight-bed unit beside Roscommon General Hospital, scheduled for completion in early 2021.

”The only unit of its kind here in the West of Ireland will be built completely from fund-raised revenue. The cost of completion is projected at €10 million and, although it is a huge challenge for our organisation, we will see it through to completion on schedule and on budget,” she added.
As well as funding the cost of these two units, Mayo Roscommon Hospice Foundation will continue to fund the Palliative Home Care Service across the region at an annual cost of €2 million. “This is a vital service in the local community and one of which we are so very proud,” the chief executive pointed out. 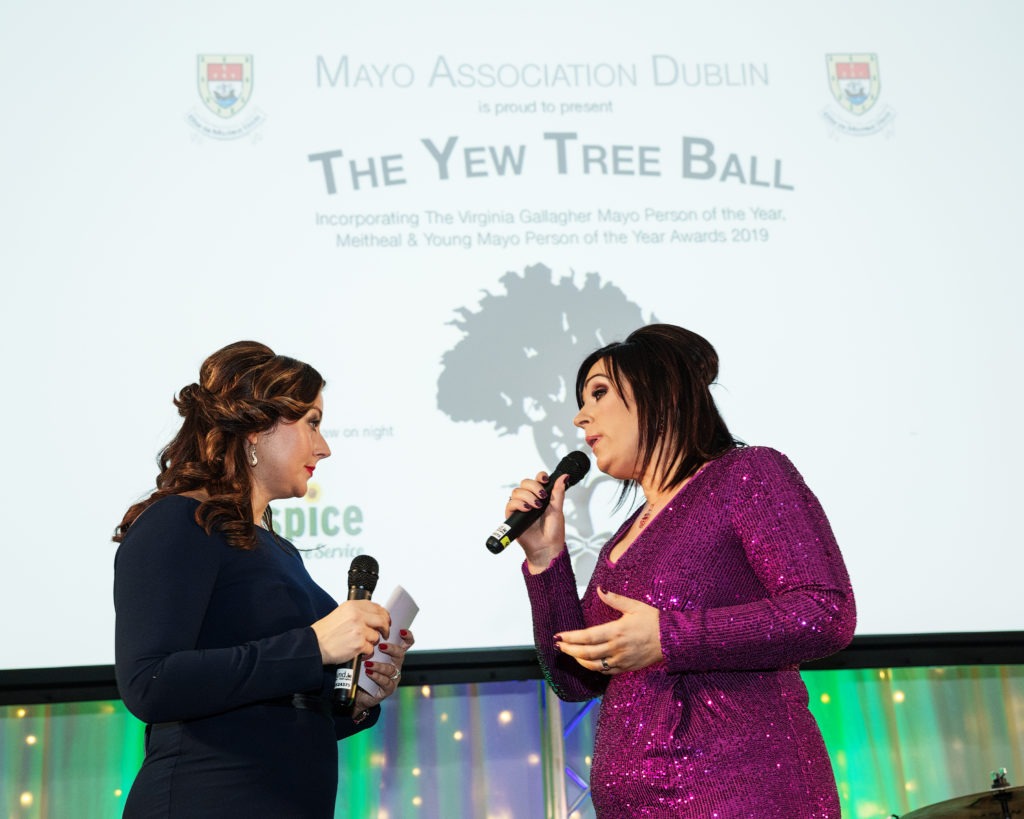 Martina Jennings (right) outlined to Angelina Nugent, our MC for the Yew Tree Ball, the ongoing work of her organisation in providing vital palliative care services to people in the west. (Pic: Dermot Byrne)