CATCH ‘ALL OUR YESTERDAYS’ ON JUNE BANK HOLIDAY 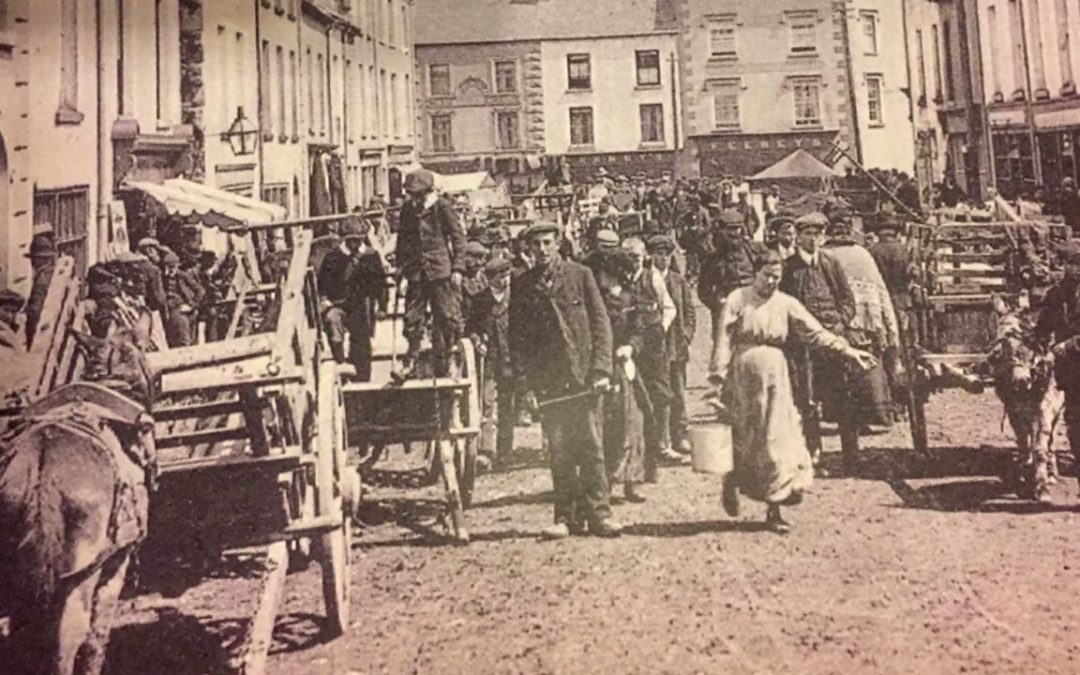 Swinford native Breege Rowley, an award-winning independent film editor with over 20 years industry experience, is putting the final touches to her feature documentary ‘All Our Yesterdays’, which will be screened during the June Bank Holiday weekend, as part of the ‘Swinford 250’ celebrations.

Breege, who is a member of Mayo Association Dublin, says the documentary has significant social and historical benefits. “Whilst the film is based in Swinford, its effect is much more far reaching as it challenges the notion of the impending death of rural Irish communities. The late Mayo-born journalist John Healy once said ‘No one shouted Stop’, a main purpose of the film is to assist in shouting STOP by shining a light on the realities of life in Mayo now and then, showing how a community can effect change by embracing its past,” according to Breege.

Here’s a sneak preview of the documentary…..

The documentary follows the story of a typical rural Mayo village and its inhabitants over the past 100 years, recording their sense of identity, family, inclusiveness and community which endears today. It serves as a metaphor for the traditional rural life in Mayo and Ireland through the words and experiences of the ordinary person, and she hopes that it will be viewed as “an important historical archive” in the years to come.

“The family stories are moving and emotional, known by those who have had to leave home for work, captured perhaps in songs of bygone years, but rarely so starkly captured on film. It is a multi-generational film and by engaging with each family in the village, the project has empowered the younger generation to research and learn about their shared heritage in a manner in which it can be permanently recorded,” she added.

As Swinford celebrates its 250th anniversary, the town will roll out a number of events throughout the year, including ‘All Our Yesterdays’ documentary during the June Bank Holiday weekend. During the launch weekend, up to 75 American tourists are expected to visit the town, with many of their relatives having taken part in the documentary, as well as visitors from the UK, Australia and Asia, all having links to Swinford.

The launch of the film will include the following series of events:

Saturday 1 June: Adjudication of a dedicated local history competition for the eight local national schools. A ‘Gathering Lunch’ will take place in The Gateway Hotel, followed by Mass dedicated to the Diaspora at 5pm. A Pre-screening Drinks Reception will be held at 7pm in the hotel followed by the premiere screening of ‘All Our Yesterdays’ at 8pm.

Sunday 2 June: An ‘American Wake’ starts at 7pm (The White House – transformed to the ‘Red, White and Blue House’) to replicate the typical Irish house party, which took place when an emigrant left Ireland for America, through the medium of traditional Irish music and song for The Gathering. There is also a planned live link to the ‘American Wake’ with the aim that it will be aired by a Diaspora Irish radio station.

Having worked as a freelance film editor for Virgin Media Television, RTE, TG4 and the Irish Film Board down through the years, some of  Breege’s credits have included ‘Pavee Lackeen’, ‘Stone Pastures’, ‘Savage Eye’, ‘1916 Seachtar na Cásca Series’ and ‘Prison Families’. Click here for further information.