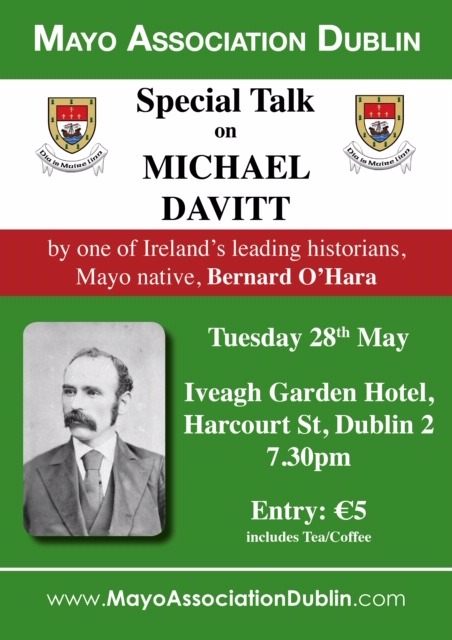 Bernard O’Hara, one of Ireland’s leading historians and Mayo native, will give a special talk on Michael Davitt (Irish patriot and founder of the Land League) in the Iveagh Garden Hotel on the evening of Tuesday 28 May (starting @ 7.30pm). His latest book is a concise biography of Michael Davitt, first published in 2006 in association with the Michael Davitt Memorial Association.

Called ‘one of Ireland’s foremost scholars on Davitt’, Bernard O’Hara has published eight books and numerous articles on Irish history. Many of his publications relate to the history and heritage of County Mayo.He is the former Registrar of GMIT (Galway-Mayo Institute of Technology). Prior to this he was Head of the School of Business and Humanities, which has over 1,600 full-time and 1,000 part-time students. 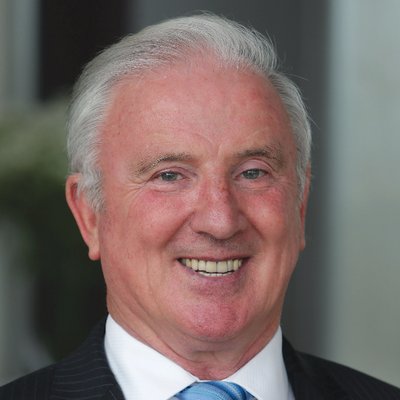 He has lectured widely in business studies, history and heritage topics at GMIT, NUI Galway, and for various professional bodies, business organisations and local heritage groups.

In addition to his academic work, he has a long record of involvement with industrial, commercial, social, cultural and sporting organisations in the West of Ireland.

He served on the Council of Galway Chamber for many years and was President during its Bicentennial in 1991-92. He was also President of the Galway Archaeological and Historical Society for three years.