The Swinford-based Michael Davitt Branch of Comhaltas Ceoltóirí Éireann is set to host Fleadh Cheoil Chonnachta from Monday 1 to Sunday 7 July, and Mayo Association Dublin is delighted to be on board as one of this year’s event sponsors.

“We are very proud to host Fleadh Cheoil Chonnachta in the year that Swinford is celebrating 250 years of its existence,” according to Máirín Noone, a spokesperson for the Michael Davitt Branch. 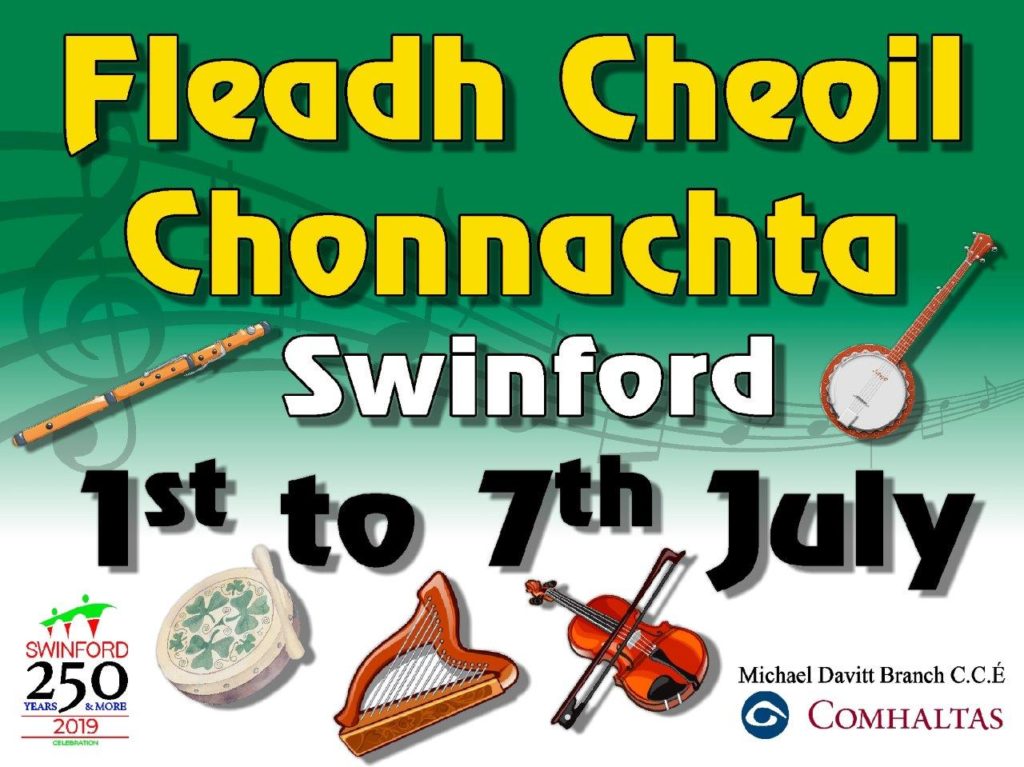 “In addition to formalities of the Fleadh competitions we see this as an exciting opportunity to showcase our local talent through fringe events, whilst providing entertainment to the hundreds of visitors that will descend on our town in early July,” she added.

These will include various musical sessions and ‘Rambling House’ events. In addition, two concerts have been arranged for the evenings of 2 and 6 July featuring some well-known groups in the traditional music scene. More details to follow in due course.

The Michael Davitt Branch of Comhaltas was formed in 1958, the first such branch in Mayo, and had the privilege to host Connacht Fleadh Cheoil the following year and hosted Fleadh Cheoil na hÉireann in 1961. Since then many County and Provincial Fleadhs have been held in Swinford, most recently the very successful Mayo Fleadhanna of 2013, 2014 and 2015.

At local level, due to widespread community support and many volunteers, the Branch has greatly expanded in terms of membership and diversity of activity through the weekly sessions of traditional music and song hosted, in turn, by one of seven of the pubs in Swinford Town.

Máirín Noone is presented with a donation of €1,000 towards this year’s Connacht Fleadh Cheoil in Swinford by Grace Heneghan, Mayo Association Dublin’s former secretary and member of the Executive Committee.