SECOND YEAR OF MENTORSHIP AND NETWORKING 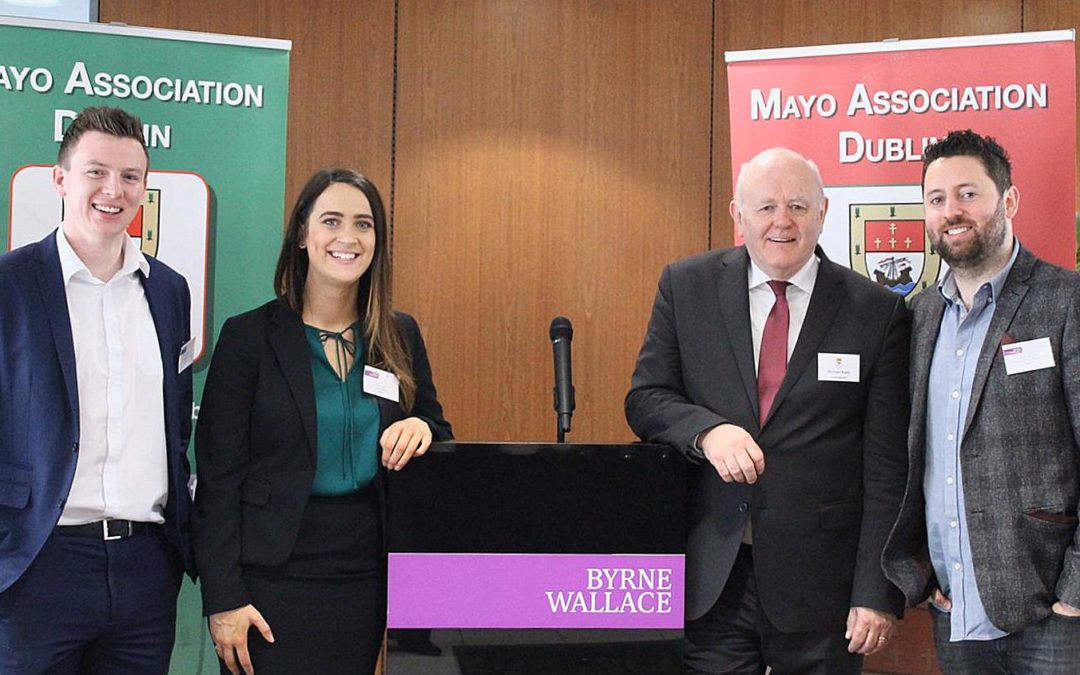 Over 100 mentors and mentees were given another opportunity to network over breakfast at our second Mentorship and Networking Breakfast Meeting on Friday 6 March. Mark Duffy, recently-elected Independent Councillor for the Ballina Municipal District of Mayo County Council, and Nathan Murphy, Newtalk sports broadcaster and presenter from ‘Off the Ball’ show, were this year’s guest speakers.

Mark, a former Committee member of Mayo Association Dublin, is currently working alongside tech entrepreneur Kieran Lucid on the creation of a cross-border All-Island football league, merging the League of Ireland and the Irish League in the north. He is also a former President of GMIT Mayo Students’ Union, a member of the US Embassy Emerging Leaders Programme, and a post-graduate from UCD in the field of innovation.

Nathan Murphy, who hails from Ballyhaunis, has been working with Newstalk since 2014 and where he is the sports presenter and commentator on the popular ‘Off the Ball’ Radio Show. He previously worked with Today FM, spending seven years in their sports department. A fan of all sports and golf, soccer, GAA, and rugby in particular, Nathan first started out his career in sports broadcasting with Galway Bay FM in November 2003.

This was just the second year of our mentorship and networking event, which was again kindly hosted by Byrne Wallace Law Firm on Harcourt Street, Dublin 2. It is providing to be a very popular platform for Mayo’s business people in the capital to connect, network and share their experiences with Mayo students who are studying in Dublin (or who have started out on their career paths within the last five years).

CLICK HERE for a snapshot of our second Mentorship & Networking Meeting at Byrne Wallace. 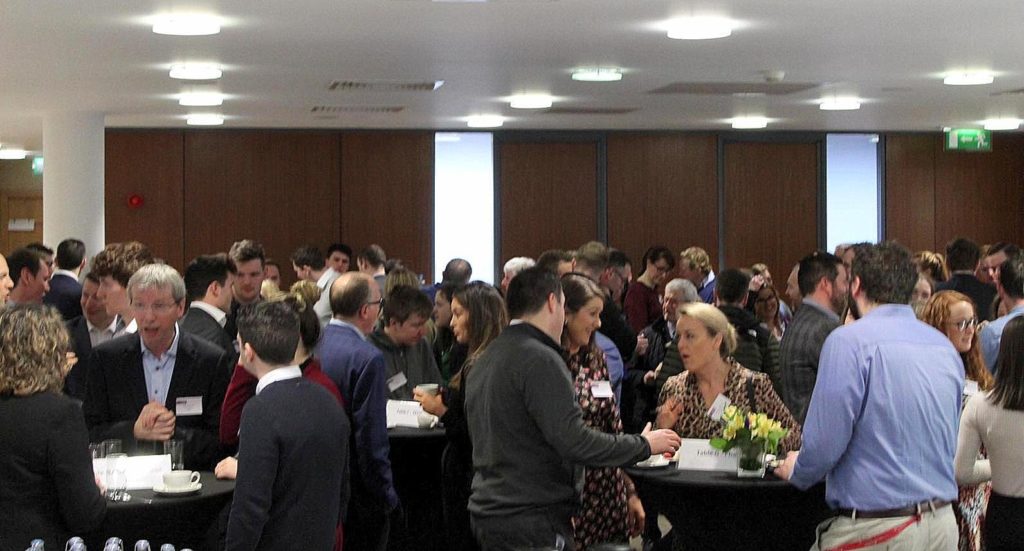 Let the talks begin as our second networking and mentoring gets underway!