JEWEL IN MAYO’S CROWN TO SHOWCASE AT SOTHEBY’S 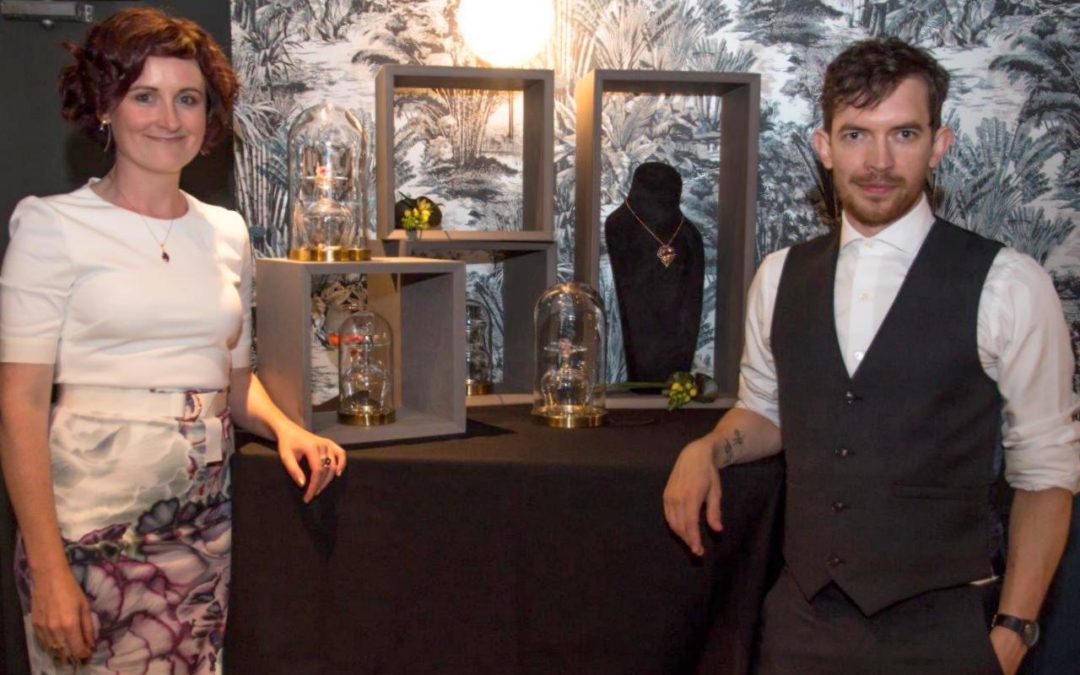 For the first time in history an Irish high jewellery maker will showcase his works at auction in the USA, when two masterpieces by Mayo-based jewellery designer and goldsmith Nigel O’Reilly will be included at Sotheby’s live auction in New York on 22 October.

In the face of a global pandemic creating uncertainty with many small businesses who depend on international trade for expansion, the inclusion of two of his pieces in the renowned auction house’s October sale marks a progressive step forward towards ‘the new normal’ for private business in Ireland.

O’Reilly’s bespoke craftsmanship will be represented in Sotheby’s by two items from his haute-joaillerie collection – both rings were carefully hand selected by Frank Everett, Sotheby’s Senior Vice President of High Jewellery in New York, who has quoted O’Reilly ‘as a young designer to watch’ in a recent interview.

The ‘Damask Rose’ floral ring – folded velvet petals featuring 757 individually hand-set rubies, embracing an inner central pear cut diamond – is set in 18kt rose gold. This ring is inspired by nature’s beauty in the west of Ireland, a rose among the fields of grass and moss on the Atlantic’s edge. 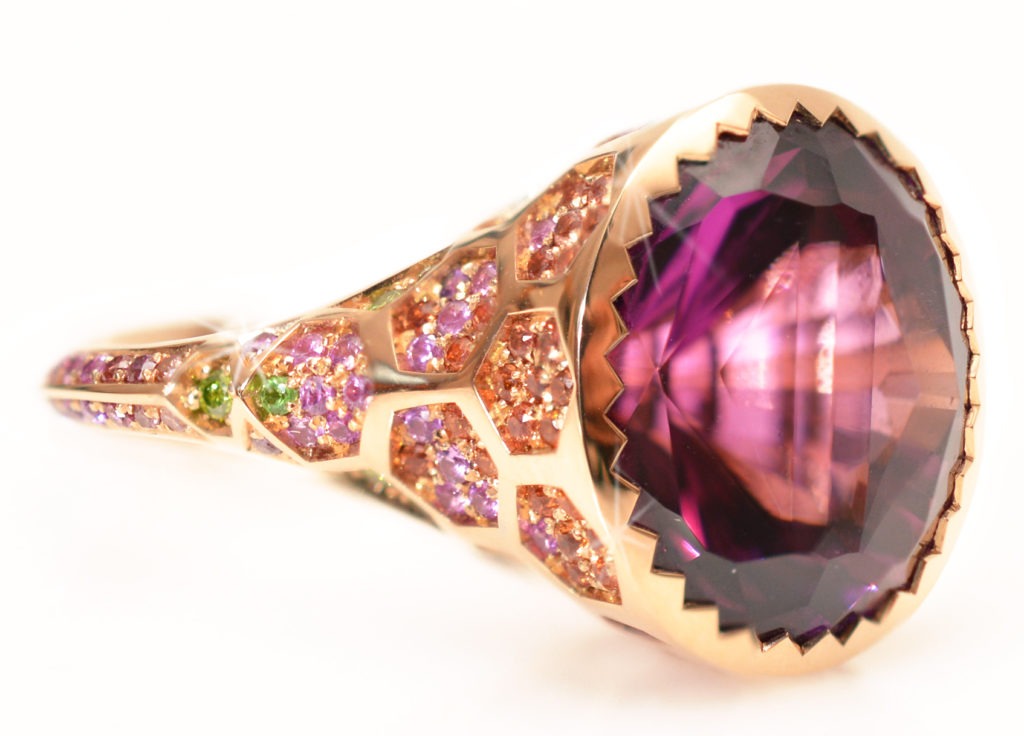 ‘Plato’s Garnet’ is a ring inspired by O’Reilly’s interest in beekeeping, having observed how the honeycomb’s natural pattern allows a hive community to thrive.

O’Reilly has spent the past decade creating works for some of the world’s most luxurious jewellery houses in Stockholm and London. In 2009 he founded his studio in his native Castlebar and since then has cultivated a reputation as an advocate for establishing and running a high-craft luxury business in rural Ireland. As recently as February he was invited to speak on a panel about the topic with Ireland’s Edge/Other Voices and in discussion with Forbes US.

O’Reilly has always maintained the idea that the west of Ireland is an under-utilised access point between the US and the rest of Europe, and its allure attracts visitors to his studio. Prior to the pandemic, he cultivated a talented network of celebrity and high-net worth clients, other creative business people and an agent on the ground in New York’s Chrysler Building, all of which have paved the way for this rehabilitation of his international trade during these uncertain times.

His jewellery has been highlighted internationally in the Financial Times (How to Spend It), Town & Country, FORBES and also worn by celebrities including Irish actress Saoirse Ronan. Whilst lockdowns will come and go, weddings (albeit smaller, more intimate versions) are on the rise and exceptional diamond engagement rings still form the bulk of O’Reilly’s repertoire for individual clients.